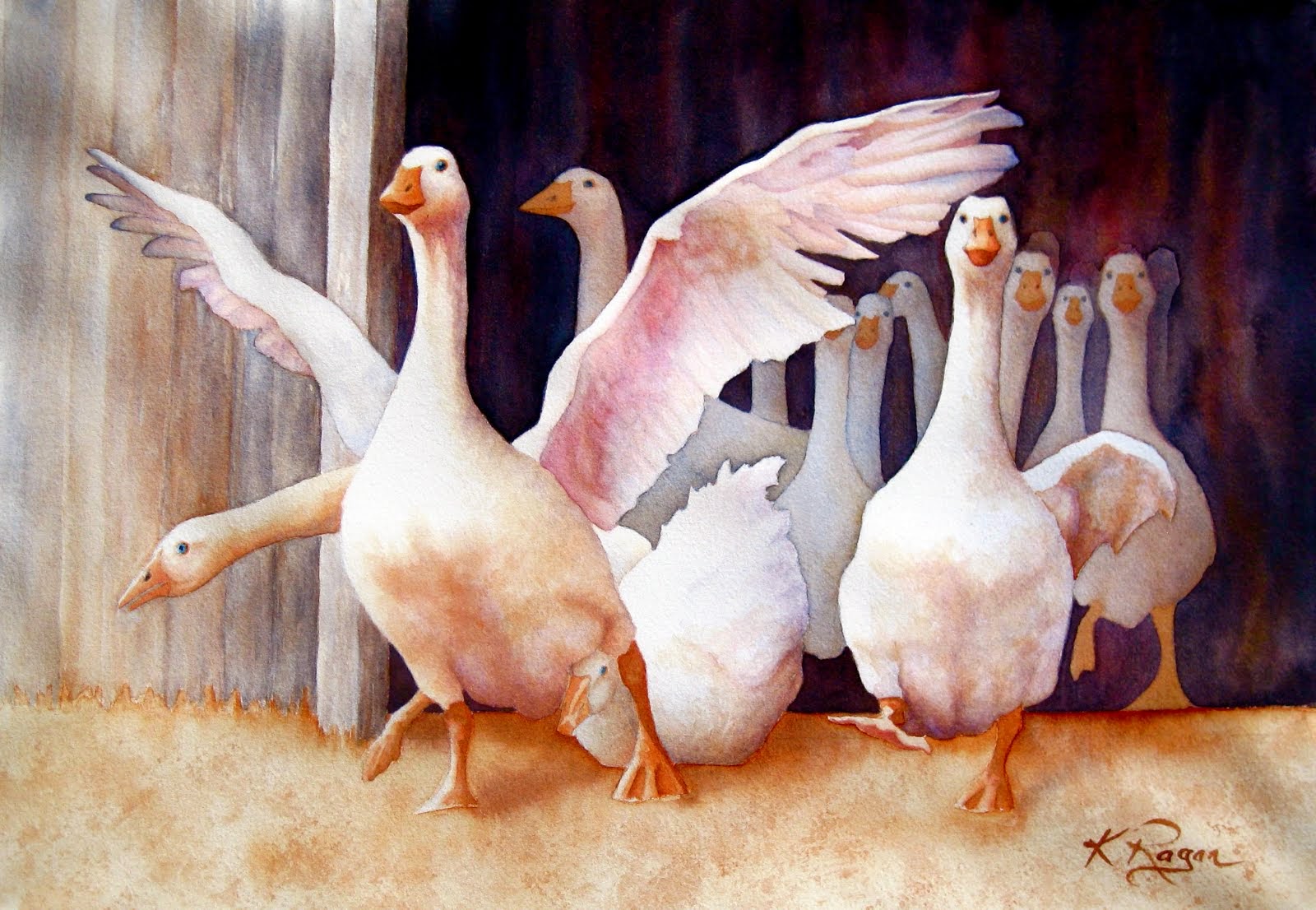 Yet Another Instance of "Don't Give Up Your Day Job"


It was a beautiful fall day, and I think all of us exhibiting were expecting a lot of visitors. I think there were less than twenty - not so good. However it was a fine day, and I got some great photos.
Sunday promised to be wet. For that reason, and the fact that I had to take care of my horse's leg, I had to cancel. Bruno's leg is coming along nicely, though it will be swollen for a while yet. And I have hopes that next weekend [ which is receiving much more media coverage] will be more encouraging for all of us displaying at the farm.
Once again ... don't give up your day job!!!!!
Posted by Studio at the Farm at 9:15 AM No comments: Links to this post 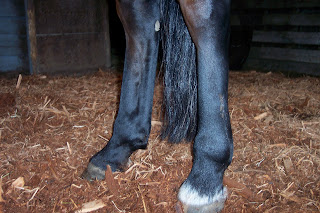 Why? Either the night before, or early in the morning, the lad saw fit to crack his right hind HARD on something harder than his leg. I went down to feed his morning hay, and his leg looked like a giant sausage. At least he hadn't gashed it. However, that was the one day I had to be in an office, so I did not have time for tender ministrations. All I could do was give him some Butazone [anti-inflammatory/analgesic] and take care of it later. I think Bruno may have got a bit wound up with all the activity the previous day, and wasn't as careful as usual with where he put his feet. [Horses are like that.]
So today I have spent cold-hosing his leg every couple of hours. I've also worn a hole through the skin of my hand raking and smoothing the footing, which is still quite uneven. That, and getting organized and packed for weekend two of the open studio tour. I'm really hoping, with the promised better weather, the attendance will be MUCH greater. I'll keep you posted.
Posted by Studio at the Farm at 8:10 PM No comments: Links to this post

Email ThisBlogThis!Share to TwitterShare to FacebookShare to Pinterest
... a beginning horses

A BUSY Day at the Farm


It was a very busy day at the farm today. I had Ken come in with his tractor to dig out some of the wetter spots in the ring, and then spread the three loads of hogge's fuel I'd had delivered last week. That took about three and a half hours of steady work, but it's done - YAY - and will soon be ride-able. I just have to spend hours over the next several weeks leveling it bit by bit with a rake and pitchfork.
Then I got to the inside of the barn and cleaned out all the old and moldy hay. That was a hefty job as well, as I was cleaning up after two or three years of build-up [couldn't get to it sooner, as it was inaccessible]
I also finished the head study that I started as a demo at the open studio tour. I think it would look better with the edges [right and bottom] much softer. I'll try it that way for the next demo. I also got all the smaller, unframed paintings bagged in glassine pouches, and worked out prices. I will tag them, and put my business card on them all later tonight.
Here are some photos of the job done today, and my new apprentice "barn grunts". 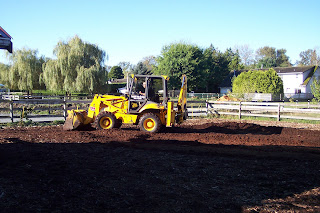 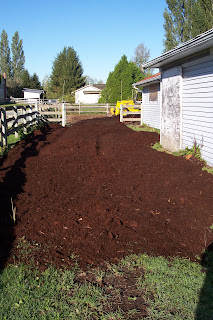 Boxer Girls Do Art Show ... or Don't Give Up Your Day Job 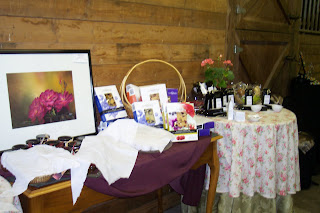 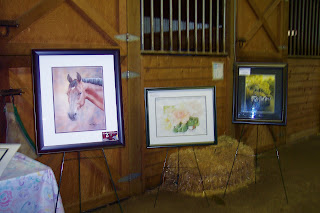 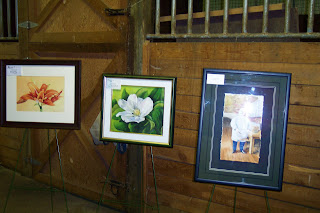 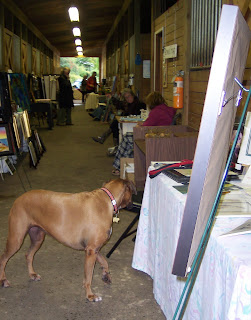 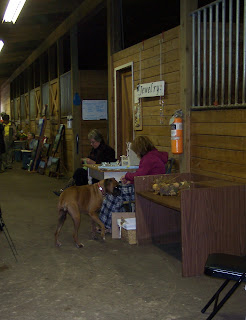 This is the second day of the Langley artists open studio tour. I missed most of the action on the first day, when the weather was somewhat accomodating. Today, we had thunder and lightning, and the skies opened ... and dumped! I am dog-sitting my sister's boxers, so we all packed up, and went to the  event. The star of the show was Duke [one of the residents], and I can hardly wait to try painting him, he's such a character.
Needless to say, I did not sell a thing, hence the comment about the day job.

Posted by Studio at the Farm at 9:26 PM No comments: Links to this post

Getting Ready for a Small Show

I'm part of an artists' open studio tour, so tomorrow morning I'll trek off to "Fields and Flowers", and set up some horse and dog framed paintings, and bring along some smaller ones [pathetically wrapped in Saran wrap, as I didn't have time for anything else]
I am also doing a demo on "animal hair and fur" at 1:30. The sketch above is the one on which I'll be working. Below are some of the other pieces I'm bringing. 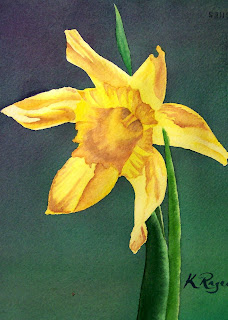 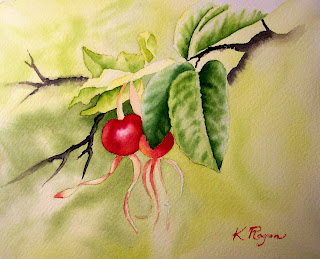 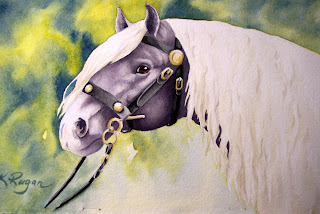 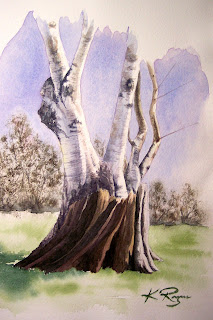 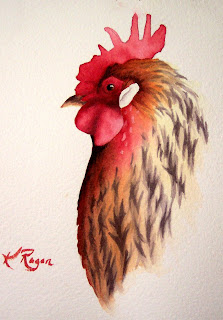 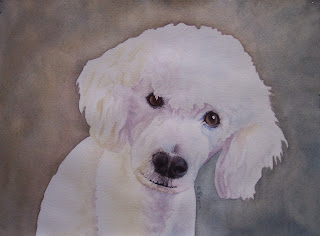 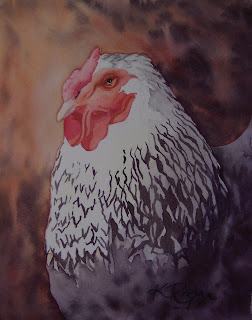 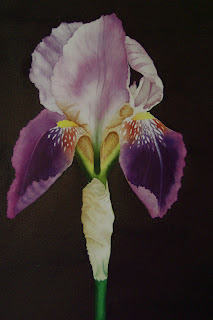 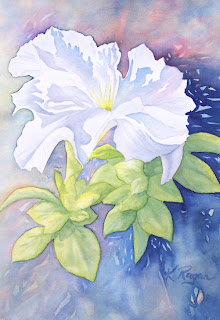 Posted by Studio at the Farm at 9:39 PM No comments: Links to this post